MAR1ASOL. Growing up in Buenos Aires, Argentina the multi-talented R&B/neo-soul singer songwriter painfully shy and says she rarely spoke to anyone
Writing her first song “Till It’s Over” at the age of 19, Mar1asol, now just 21, is emerging with her own six track mixtape Luvsteps, a sensual and seductive collection deeply influenced by the R&B, hip-hop and neo-soul artists she grew up listening to, including Kehlani, SZA, H.E.R., Mila J and Toni Braxton. While she wrote all the melodies and lyrics, the beats and production were created by her husband and musical collaborator Lucas Finocchi (aka Low.97)
Maria dubs herself “Mar1aSol” after the artist name used by her mother, a professional singer specializing in romantic pop music.
0 0 Votos
Article Rating
Compartir 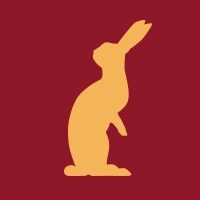